Worried about the fate of valued natural (including sea turtles & reef habitat) and cultural resources on the western tip of New Providence Island, Bahamians are uniting to promote their protection in a Clifton Conservation Area and to request that their government support this effort, in the area known as Clifton.

After several months of planning, the restoration of the Clifton Heritage Park (CHP) in southwest New Providence, is underway. Read the story!

A proposal for a luxury gated community to be known as “Clifton Cay,” slated for construction in the same area, has outraged Bahamian citizens into publicly protesting the project. Most of New Providence Island has already been subjected to development and citizens fear that Clifton Cay will destroy or harm most of the wetlands, tropical hardwood forests and valuable reefs and dive sites in the adjacent marine system, as well as limit public access to the beaches and to the priceless historical and pre-historical remains on the site. 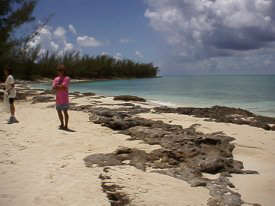 The grassroots movement has spawned the formation of the Clifton Park Committee, coalition of environmental and social activists who are working hard to ensure the Clifton area becomes a well-managed park for all Bahamians to enjoy, rather than a private enclave for wealthy vacationers. The Clifton Park Committee has developed a conceptual master plan for the Clifton Conservation Area that protects the natural and cultural aspects of Clifton.

In 1998, Bahamian citizens were angered by news of a plan to build a $400-million high-density gated community of upscale residences and vacation homes for foreigners at Clifton. Most people were concerned that they would be losing access to one of the last remaining bits of beach left to them on the tiny island. One of 700 islands making up the Bahamas, New Providence is home to nearly 90% of the nation’s 280,000 citizens in and around the capital city of Nassau. Most of New Providence’s shoreline has already been subjected to resort, gated community and private home development, and therefore can no longer be enjoyed by the local people. Bahamians also point out that none of the many National Parks in the Bahamas are located on New Providence, where they might be easily reached by local citizens.

Until now, the gated community project has been unable to proceed due to disputes over exactly who owns the 600-some acres slated for construction. However, Prime Minister Hubert A. Ingraham told his Parliament in June that there would be no difficulty in approving the project once the legal circumstances of the land were resolved. Ingraham and his Free National Movement party have tried to justify the development on the grounds that it will produce much needed jobs. However, many Bahamians are quick to point out that a well-planned and managed Clifton Conservation Area at Clifton Cay would produce an equal or greater number of jobs because it is ideal for the development of sustainable eco-tourism.

Public opposition to the proposed gated community has surprised both the Bahamian government and the developers. The developers, led by Fremont Realty Capital of San Francisco and Chaffin/Light Associates of South Carolina,

have indicated their willingness to protect or at least diminish impacts on the valuable environmental resources of Clifton and to guarantee their accessibility to the local people, but most Bahamians are not convinced.

The housing, marina and golf course installations would inevitably remove or affect natural habitats, including nearshore and deep sea habitats in the vicinity. Of particular concern are plans to channelize much of Clifton Cay in an attempt to provide each upscale residence with deepwater boat access. At least one credible environmental assesment of the proposed development raises serious concerns about the potential impacts to marine ecosystem that would result from dredging, poor flushing of the canals and constant boat traffic through the shallow reef. In addition, nothing but complete preservation will safeguard the globally significant archaeological and cultural sites on the property. 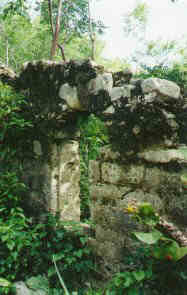 The developers assure they will protect the cultural remnants, make them accessible to the local people, and even establish a Conservancy and a funding mechanism for their conservation and management. However, there is strong evidence that many more yet-to-be-discovered archaeological remains are on the site, and the development’s impact on these can only be imagined.

As a result of all these negative consequences, most Bahamians wish the developers would take their project elsewhere, as they do not feel that luxury homes for vacationers, golf courses and marinas, are appropriate surroundings for the precious, even sacred, cultural remains. The development becomes even less attractive when compared with the very feasible alternative of establishing a Clifton Conservation Area at the site.