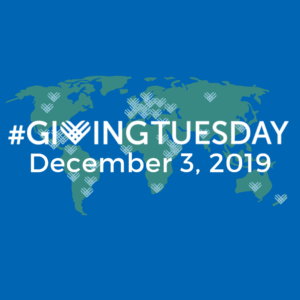 On December 3, Sea Turtle Conservancy (STC) is participating in our 7th annual Giving Tuesday to raise $50,000 for our Research Station in Soropta Beach, Panama! STC is hoping all of its members and supporters will participate in this year’s Giving Tuesday Campaign, which seeks to raise matching funds for the critical work we are doing at Soropta Beach to protect and recover leatherback sea turtles. Giving Tuesday, which occurs the Tuesday after Thanksgiving, is to remind people to take a moment to contribute to non-profit organizations in their communities and around the world.

For Giving Tuesday last year, STC supporters helped generate over $40,000 to support STC’s in-water research program benefiting juvenile turtles in the Gulf of Mexico. The year before (2017), our supporters raised nearly $20,000 for the Tour de Turtles education program. STC has set its sights even higher this year, and we are confident we can reach the goal of $50,000 thanks to generous pledges from STC’s Board of Directors to match up to $25,000 for every dollar donated by STC’s members and supporters.

STC asks for your help to support one of our most urgent conservation programs. Every bit of the funding raised during the 2019 Giving Tuesday Campaign will support leatherback monitoring and protection efforts at a critical nesting site for this species at Soropta Beach, Panama. Soropta is a remote, 8 km black-sand beach that sees between 500 and 800 leatherback nests each season – making it an important part of the 4th largest nesting colony for this species in the world. Unfortunately, the area’s remoteness makes Soropta highly vulnerable to illegal hunting. STC’s presence on this beach since 2013 has helped curb illegal harvesting, but it’s still an ongoing problem.

By raising up to $50K to support this project, STC will be able to secure additional beach monitors and also make needed improvements to the station used by STC’s staff and volunteers. Our modest dormitories, kitchen and dining hall need repairs, as nature has taken its toll on the old wooden station inherited by STC. In addition, a small dock leading from the river behind our station (the only way to travel to and from Soropta), is in disrepair and must be extended to higher elevation so it’s not underwater during the rainy season.

STC’s Soropta station houses staff and volunteer Research Assistants, who stay during nesting season to monitor and protect the turtles and their nests. Starting last year, STC also began accepting paying eco-volunteers who participate in one- or two-week programs, revenues from which help support STC’s work in Soropta. In order to sustain our presence at Soropta and provide a safe and secure base for staff and volunteers, we need to invest in station maintenance and upgrades. By raising $50K for Giving Tuesday, STC can make all the necessary repairs and also provide needed funds for research supplies, food and fuel for the program.

Help STC support our leatherback research and conservation program in Panama by donating to the cause in one of four ways:

Posted in Get Involved, Panama, Research|