ST. PETERSBURG, FLORIDA— Sea Turtle Conservancy (STC), Center for Biological Diversity and other conservation groups notified the National Marine Fisheries Service in February of their intent to sue over the agency’s failure to complete a long-overdue analysis of the impacts of shrimp trawling on threatened and endangered sea turtles in the Gulf of Mexico and U.S. Southeast Atlantic Ocean. Shrimp trawlers operating in the southeast United States capture and kill over 53,000 threatened and endangered sea turtles each year.

Since then, the agency has failed to complete a revised analysis of the impacts of shrimp trawling on sea turtles, even after acknowledging previous analyses were inadequate and did not account for poor compliance with existing regulations.

“We had high hopes that we were moving toward a solution for sea turtles, but once again the Fisheries Service has failed to actually implement the protective measures,” said Jaclyn Lopez, an attorney at the Center for Biological Diversity. “The agency has gotten into a disturbing habit of initiating protections and then stalling them. Every day protections are delayed is another day that these sea turtles face the very real risk of drowning in shrimp nets.” 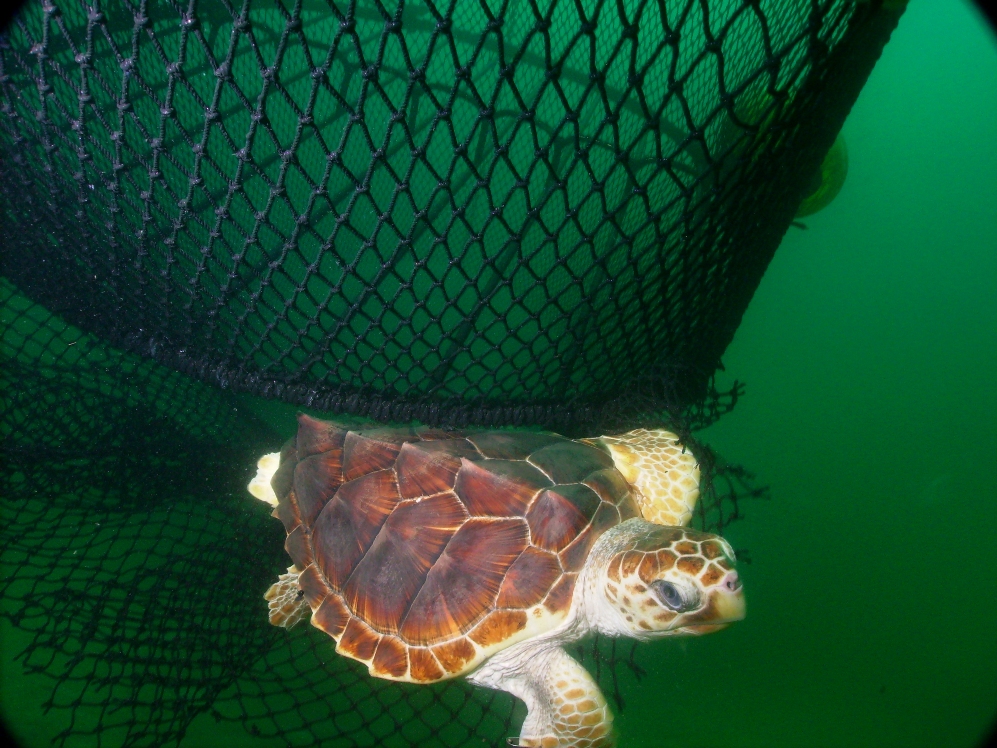 “Turtle excluder devices,” known as TEDs, prevent turtles from drowning in nets, but limited use and lax enforcement have led to thousands of sea turtle deaths. Making matters worse, shallow-water shrimp vessels using skimmer trawls are permitted to simply self-enforce time limits on their tows in water instead of using TEDs. Enforcement records have shown that only 35 percent actually comply with these regulations. There is also mounting evidence from federal fishery observers suggesting that even when these restrictions are followed, skimmers drown turtles. Shrimp trawling is one of the most significant threats facing sea turtles in U.S. coastal waters.

“Shrimp trawls kill more sea turtles than all other sources of mortality in U.S. waters combined,” said Marydele Donnelly, Sea Turtle Conservancy’s director of international policy. “Nations that export shrimp to the United States are required to protect sea turtles from drowning in their nets, but the U.S. fleet cannot meet these standards right now.”

The Endangered Species Act requires the Fisheries Service to ensure that its actions do not jeopardize the continued existence of endangered species. This notice aims to ensure the agency’s compliance with this law in carrying out its mandate to protect sea turtles and seeks to establish protective measures for them.

“These fisheries should not be permitted to operate without any protective measures in place,” said Amanda Keledjian, marine scientist at Oceana.